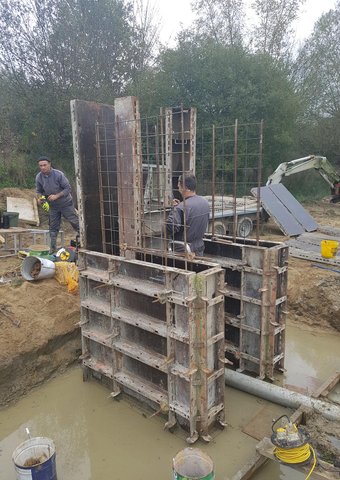 St Brice was excavated in 1990 by its previous French owner. The lake had little maintenance & was left to its own devices, so over the years a forest of willow trees on the shallower side encroached out into the lake bed.

We first found the lake, house & site on the market  in june 2016. The lake had been drained as the valve on the reverse side of the dam wall had failed, however we could see that even with its problems the lake & site had massive potential.

So in June 2017 with the purchase complete the real work began, with plans for a limited dig out, together with a new sluice control to be added, a re landscape within the original lake foot print, the addition of a good sized island & removal of a large amount of encroached willows.

These works started on Halloween 2017 & most of the works in the lake bed itself were complete by April 2018.

We were basically left with a new lake bed & built up far bank, 2 fully functioning sluice controls, together with 4 ducts which feed the fresh water supply into the lake for most of  the year.  Also in addition we have still retained the treeline of a mature 7 acre lake,

The lake bed itself now benefits from many new  features, with gullies, granite boulders, deep holes, an island & an old stream bed giving the angler a wealth of options for each rod. 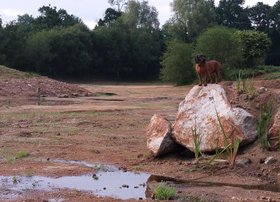 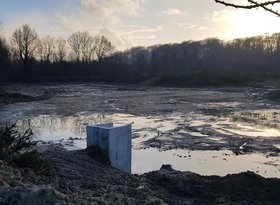 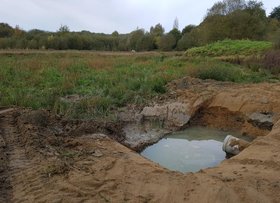 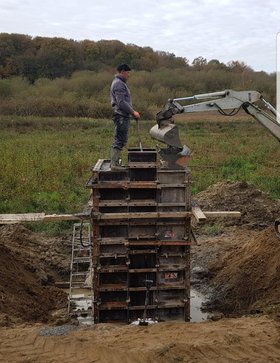 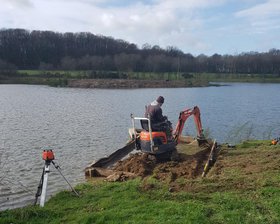 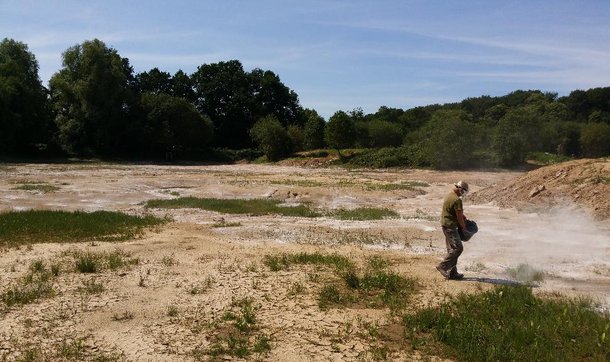 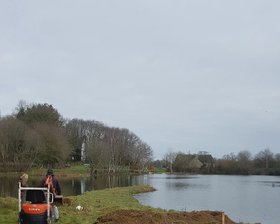 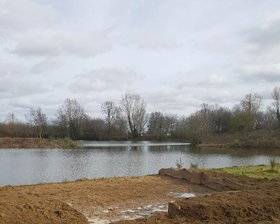 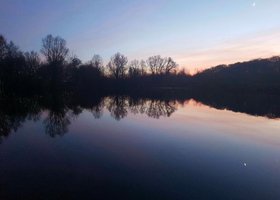 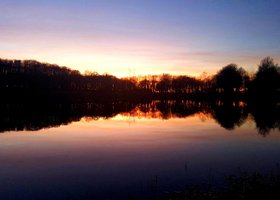 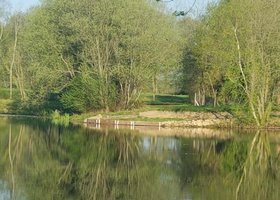 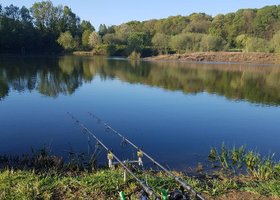 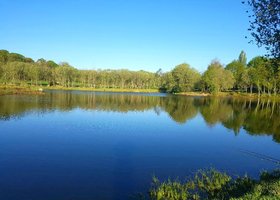